Tell us about the Getting to High School event and its audience.

In Palo Alto, grades K-6 receive in-school bike and pedestrian safety education. However, 8th grade is a huge transitional year, so we want to retain as many alternative commuters as possible between middle school and high school partially because the high schools [in Palo Alto] are so huge. In the next school year, we anticipate 2,100 kids at each school.

This event was conceived by a Jane Lathrop Stanford [JLS] Middle School PTA Safe Routes champion and held at JLS Middle School. The PTA helped organize this event to show incoming students the various ways they can travel to high school and to encourage them to use more active modes such as transit, carpooling, walking, bicycling, or using a scooter. The event was broken out into three parts: a general presentation in one room, school-specific presentations in separate rooms, and a tabling session where students visited specific tables to be entered into a raffle. 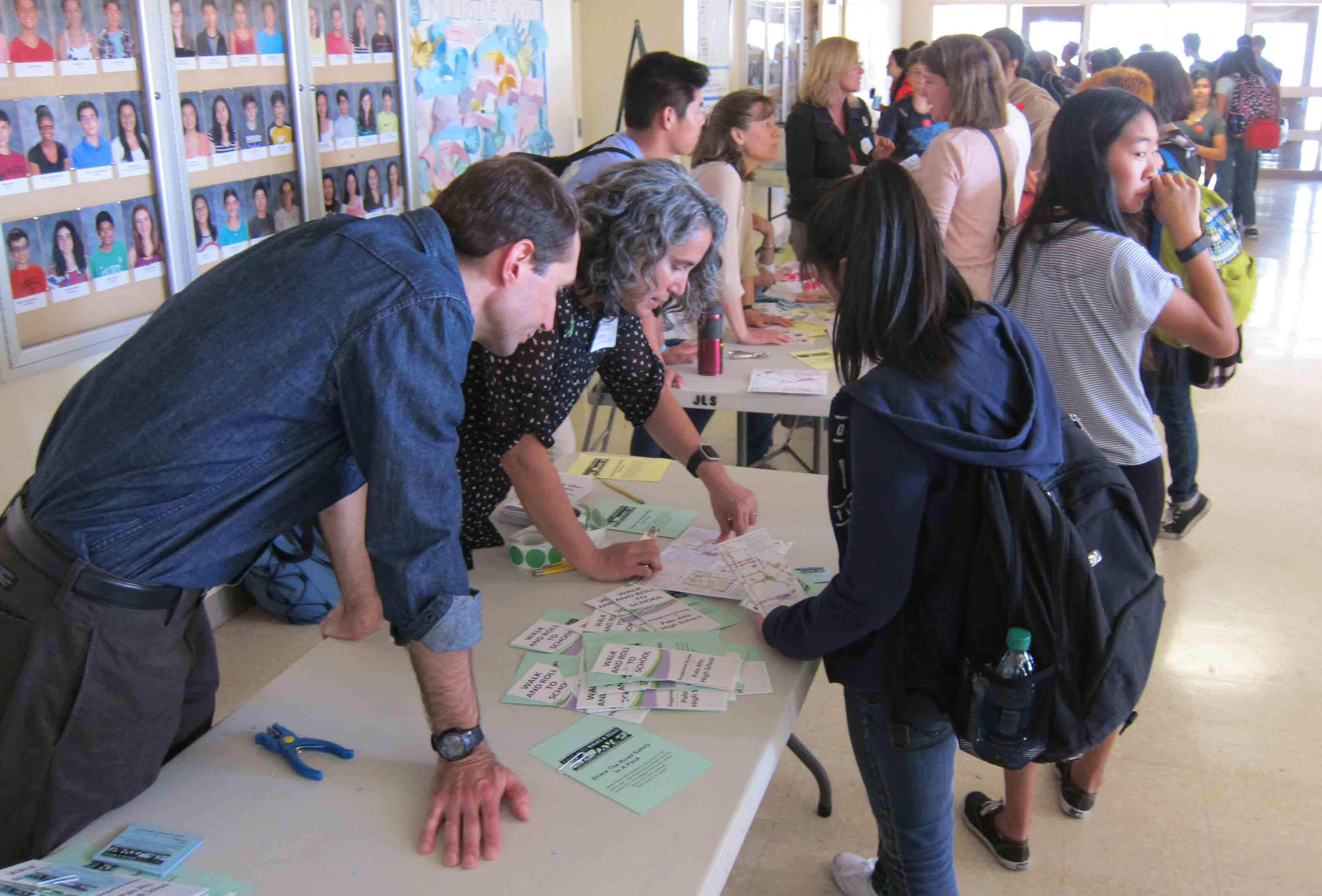 The general presentation, created by Maria Abilock, went over safety issues and how to share the road courteously and safely. Presenters covered topics such as group riding, night riding, door zones, and the City’s 311 app to report any street issues directly to the City. The second presentation, which I created, discussed commute options. Students were divided into two groups based on their future high school. These presentations covered the various options students had for getting to their new school. For instance, one school is covered by the regional bus system, but the other is covered by the Citywide system. Each breakout session therefore covered how to read a transit map for the respective transit system. Students were also able to work with someone to go over the Walk & Roll maps to determine the best route for their needs. Lastly, students from each high school were on hand to answer commuting questions.

To increase participation, we had pizza available and gave the students a punch card. If the students visited each table and got their card punched, they could enter a raffle.

What was the inspiration for this event/program?

We have conducted SRTS efforts in the past such as information tables at Back to School events and BikeMobile visits. We kept seeing that parents were concerned about the new commutes and the farther travel distances, so this presentation helped families plan for these changes. 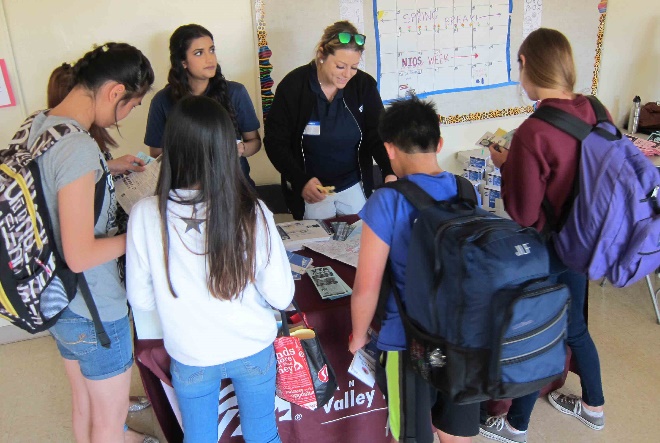 For others who may want to implement a similar project, what was your timeline and who did you work with?

The project was first conceived in January and held in the end of the school year. We wrote a draft PowerPoint with help from others who were able to collect photos we knew we needed to include. The City paid for the printing of flyers and maps. Palo Alto Unified School District was able to help secure space for the event and with outreach. JLS PTA paid for any remaining items including raffle prizes, punch cards, and pizza.